As a person from the United States who has made it a habit of moving abroad, every country surprises me with its uniqueness and differences. Moving to Spain is no exception. However, it is essential to note that within Spain, there are a lot of cultural differences depending on the region. For example, I am in the Galician area in the top left corner of Spain, which has its own traditions and even a different language. So, if you are like me and want to move abroad and teach in Spain, here are some cultural differences I have encountered in my first month living here and what your life may be like if you decide to teach here. 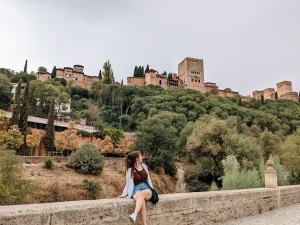 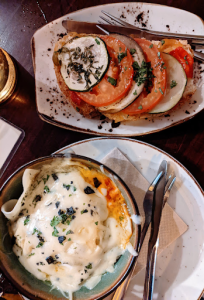 For starters, meal times are much later than usual in the United States. Lunch starts around 2:00 pm, and dinner at 9:00 pm at the earliest. However late, I can not avoid the delicious Spanish food. Tapas, one of my favorite dishes, are small portions of food that vary depending on the region of Spain. Sometimes even the occasional free tapa comes along with a drink or meal. The first time it happened to me, the waiter had to explain because I thought it was a mistake. Because tapas are a small portion of food, dinner becomes adventurous as I hop from restaurant to restaurant, filling my stomach with an array of tasteful treats.

Like mealtime, getting together with friends is a late-night affair; the nights do not seem to end. While I tend to go home early, around 3:00 am, I have had friends stay out until the bus lines start running again at 6:00 am. Clubs and bars tend to fill up after midnight, and as a person who loves their total nine hours of sleep, social events can be tiring. Nonetheless, Spain has been one of the easier countries I have lived in to make friends. One reason for this is that a lot of young people who are working or studying share flats. I was lucky to have flatmates that I connected with and who made this new country feel like home. I have also found sports groups, trivia groups, and even tapas groups to join, expanding my social bubble in the city. Even with the language barrier, I have made lasting friendships that I feel lucky to have. 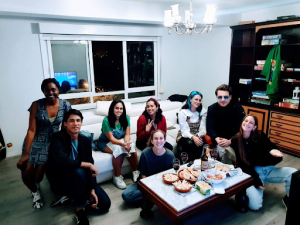 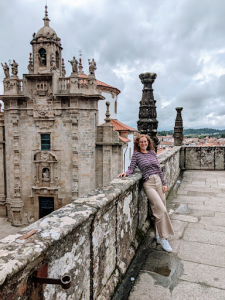 Language can be one of the more complex cultural changes when moving to a new country. Every mundane task, whether I’m taking a taxi or ordering food, becomes more difficult. In Spain, it becomes more difficult because there are six different languages spoken in Spain aside from Spanish, which all stem from different cultures within Spain. Seemingly a barrier, I have looked at it as a way to connect. I am forcing myself to be around more people who speak Spanish in an attempt to learn it. Learning a new language is almost like entering another world. How I think and the number of people I can communicate with expands. The place I am most confronted with Spanish is, of course, my school. 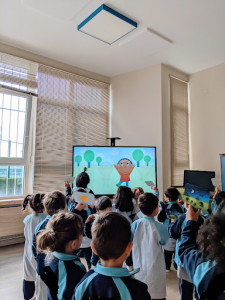 The school I teach at is a plurilingual charter school. Just like Spain, it varies significantly from the school setting I am used to in my home country. The most noticeable thing to me, in the beginning, was the dress code; there is none (within reason). Jeans and sneakers are allowed, not to mention I’ve also seen teachers wearing t-shirts. This dress code is in stark contrast to the formal attire I am required to wear in the U.S.A., but I find it very enjoyable. Another difference is the working hours. I start anywhere from 9:00 am to 11:45 am, with a two-hour break around lunchtime. I am also not required to be on school grounds during my unscheduled to work hours. With this free time, I exercise, eat, socialize, do chores,  and even take naps. I enjoy the more relaxed atmosphere of the school. It perfectly reflects how I feel things are here in Spain.

Within my first month of teaching here in Spain, these are some of the day-to-day differences I have experienced as a language assistant in Spain. I’ve enjoyed eating Spanish food, meeting welcoming people, and immersing myself in a new culture. When moving to a new country, changes can be daunting. I jumped into a world that functions differently than I’m used to, not to mention communication issues with language barriers. Nonetheless, it has introduced me to a different way of life that I would never have known I enjoyed had I not leaped to move across the world. Sometimes, however scary it may seem, positive changes can be brought on by living outside your comfort zone. Deciding if that is what’s best for you is a decision only you can make. 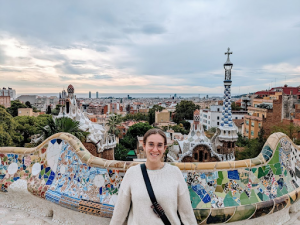 They work with us

We use cookies on our website to give you the most relevant experience by remembering your preferences and repeat visits. By clicking “Accept”, you consent to the use of ALL the cookies.
Cookie settingsACCEPT
Manage consent

This website uses cookies to improve your experience while you navigate through the website. Out of these, the cookies that are categorized as necessary are stored on your browser as they are essential for the working of basic functionalities of the website. We also use third-party cookies that help us analyze and understand how you use this website. These cookies will be stored in your browser only with your consent. You also have the option to opt-out of these cookies. But opting out of some of these cookies may affect your browsing experience.
Necessary Always Enabled
Necessary cookies are absolutely essential for the website to function properly. These cookies ensure basic functionalities and security features of the website, anonymously.
Functional
Functional cookies help to perform certain functionalities like sharing the content of the website on social media platforms, collect feedbacks, and other third-party features.
Performance
Performance cookies are used to understand and analyze the key performance indexes of the website which helps in delivering a better user experience for the visitors.
Analytics
Analytical cookies are used to understand how visitors interact with the website. These cookies help provide information on metrics the number of visitors, bounce rate, traffic source, etc.
Advertisement
Advertisement cookies are used to provide visitors with relevant ads and marketing campaigns. These cookies track visitors across websites and collect information to provide customized ads.
Others
Other uncategorized cookies are those that are being analyzed and have not been classified into a category as yet.
SAVE & ACCEPT

Our Spring Sale Has Started

You can see how this popup was set up in our step-by-step guide: https://wppopupmaker.com/guides/auto-opening-announcement-popups/

0
0
Your Cart
Your cart is emptyBrowse Courses