Your Guide to Colombian Spanish

More than 99% of Colombians speak Spanish—wow! You better warm up your tongue and brush up on your rolling rrrrr’s before heading here to teach English. But don’t worry, if learning Spanish isn’t your jam, you could also try to pick up one of 65 recognized Amerindian languages or one of the Creole languages used by (<1% of) Colombians. No time like the present, eh? Here’s your guide to Colombian Spanish!

Tip: The accent of Bogotá, a generally conservative variety of Spanish, is regarded by Spanish-speakers around the world as prestigious. 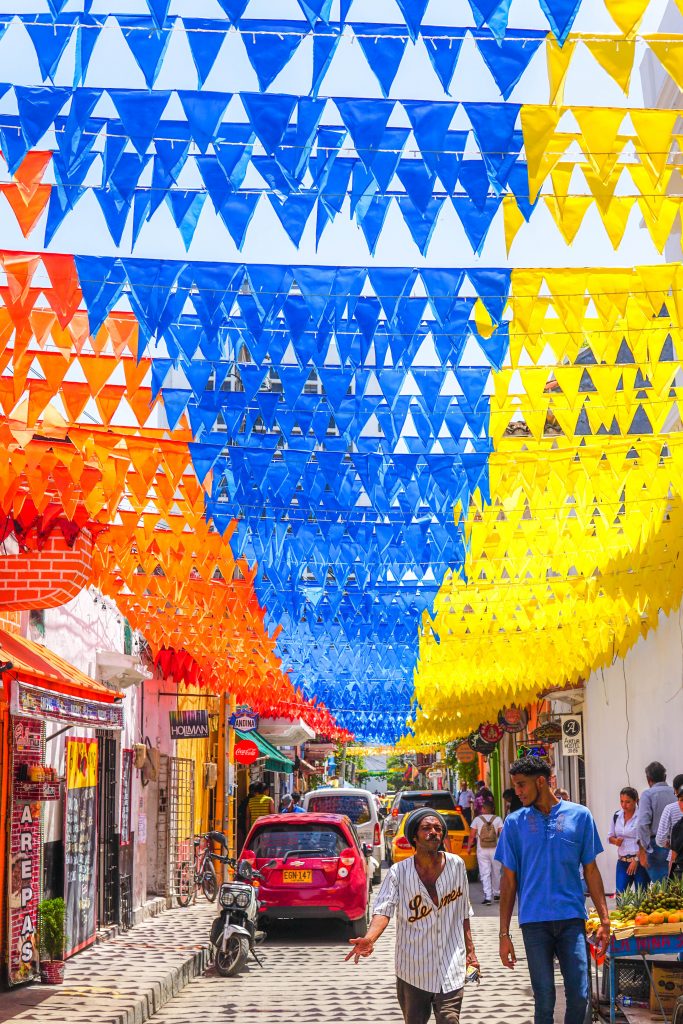 The History of Colombian Spanish

Long before Columbus landed here, Amerindian tribes were developing civilizations of their own. Two main tribes lived in modern-day Colombia—the Taironas from the Caribbean, and the highland people, the Muiscas. Once conquered in the 1800s, Columbus and the colonizers immediately imposed their native language, Spanish. To this day, Colombia has taken great care to preserve a pure form of Castilian Spanish (perfect for any ESL teachers who appreciate clear accents!).

English speakers may not be familiar with the concept of gender when it comes to language, but you’re bound to have a crash course as you start to pick up Spanish. Like German, French and Russian, Spanish nouns have a gender, one that you have to memorize on top of the pronunciation and meaning of any given word.

Like other Romance languages, descriptors come after a noun is stated. It’s not “large, gorgeous, blue ocean” but an “ocean large gorgeous blue.”

English speakers will be accustomed to the Spanish language’s use of conjugations to indicate tense, number, person, mood, voice, aspect, and familiarity (formal/ informal) of the action. Unfortunately, Spanish has a lot (we mean a lot) of irregular verbs, so you’ll need to pay pretty close attention to other speakers to pick these up.

Tip: The Spanish spoken in Bogotá is known to have one of the clearest accents in the world. Not a bad spot to refresh your A-levels or high school Spanish, eh?!

The number of dialects within Colombia is up for debate—some experts group them into four distinct language groups, whereas others classify up to 11 different dialects. Case in point: There are dialects with Colombian Spanish. A lot. And once you get out of the capital, major cities, or other formal conversations, you can expect the conversations to get a little bit, well, messy.

For instance, when do you use formal vos instead of tú? While in Medellin, you’ll want to add pues to the end of your sentences—it’s casual but common. The coastal regions along the Caribbean are known to speak more quickly, and have language rules heavily influenced by African languages. Some regions say ¡Qué pena! for “Sorry,” and other areas call amigos, parces. Weird, right?

The good news is, even if you don’t pick up on the subtle language nuances, most people will still be able to understand your standardized Spanish.

Tip: Colombia takes great care to preserve linguistic purity of colonial, Castilian Spanish. In fact, the Colombian Academy of Language was founded in 1871 by a commission from the Spanish Royal Academy of Language. It was the first of its kind and is credited with contributing to Colombia’s famous clear accent of today.

When teaching English in Colombia, learning some Spanish will improve interactions in your day-to-day life in the community. Mainly, you will find yourself needing to use it when being polite, buying something, and asking for directions.

Why not flex your Colombian Spanish while teaching English? Start by getting TEFL qualified today!

How Elisabeth Found Herself and TEFL in South America