You’re fresh out of your orientation and are gearing up for your first week to teach English in China. Eek! All those little eyeballs staring at you in wonderment, politely answering your questions, and slowly giggling and showing signs of connection.

You have a lot to look forward to in your new job/internship, but you also want to make sure you make good on your promise to yourself to also have some GREAT adventures while living in China. You know your first week will be a trip but want to cap it off with your first-weekend getaway while teaching English in China. 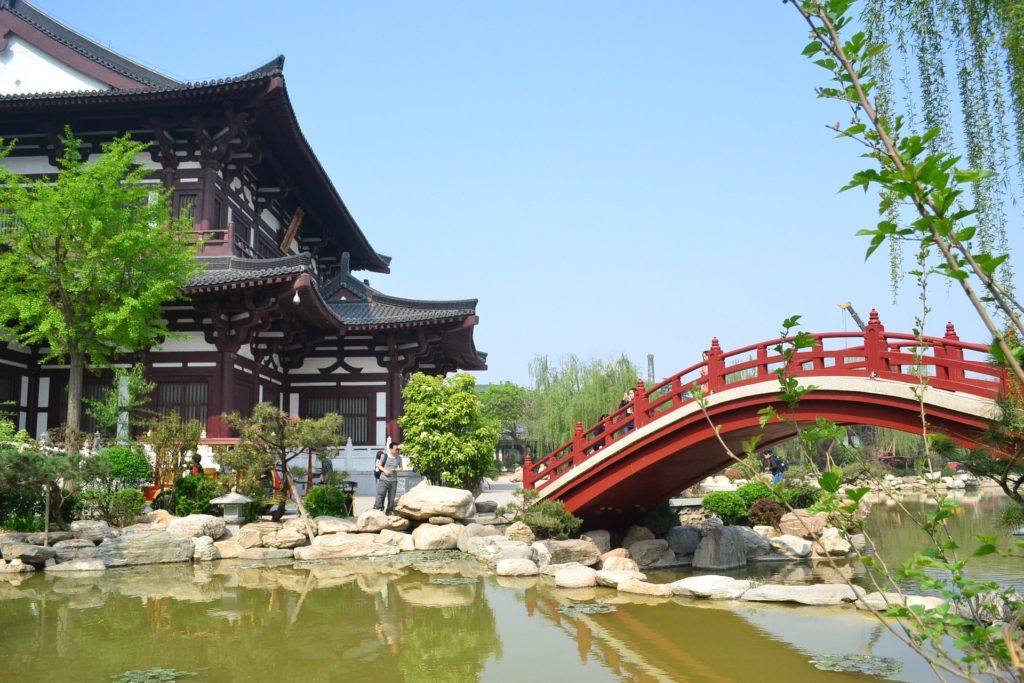 Things to know before you budget to travel around China

China has an awesome railway system that connects most cities around the country. Keep in mind, however, that these trains are rarely a comfortable travel experience. Especially if you’re going ultra-cheap with budget tickets. We recommend buying the “Standing Room Only” tickets since most train travel is at minimum a couple of hours. Be prepared to fight for your seat! Or splurge on the sleeping berths and cozy up for the journey. We recommend one friend in the bottom bunk and one on top.

You have to book your train tickets in advance, usually at the train station, and cannot do it 10 days prior to your departure. Since this can be quite an inconvenience, you can consider paying a service online to coordinate your tickets for you.

A more expensive yet familiar option might be to fly in between your destinations. There are both international and “local” airports in Beijing and Shanghai, so depending on how cheap you want to go, you might consider flying from a lesser-known airport. Another tip is to search for flights in both Kuai / Yuan and US dollars (or your preferred currency). Sometimes you get better flight deals in Kuai / Yuan than in foreign currency!

Since food is so cheap all over China—and tasting local specialties is one of the best parts of an adventure—we don’t recommend bringing tons of food in advance or cooking for yourself. Get out there and eat street food while teaching English abroad.

They didn’t call this landmark the “average” wall for a reason. Any TEFL teacher teaching English in China should prioritize visiting the Great Wall during their internship/job. The closest sections to Beijing—which can be reached easily by bus—are Mutianyu and Badaling. If you want to go a little further, you’ll experience fewer tourists and tacky complimentary activities (like a live-bear den?). Jinshanling and Simatai are good for a slightly wilder experience. 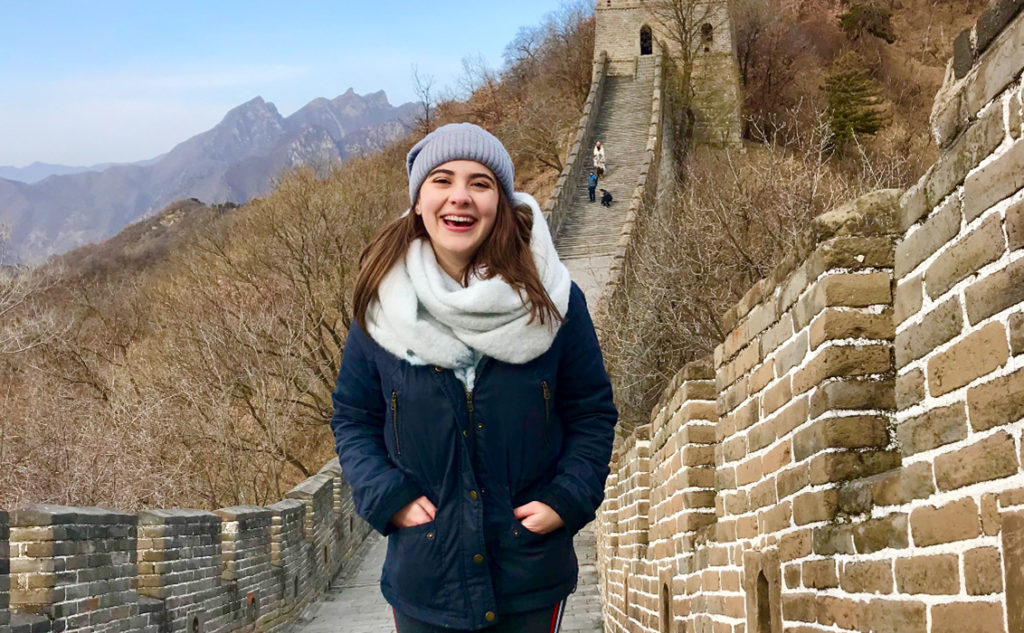 The home of the previous emperors and a beautiful testament to traditional Chinese architecture, the Forbidden City is the perfect spot for a wander on a casual afternoon. From here, you can take a pause for the college students who lost their lives in Tiananmen Square, observe locals paying reverence to their former leader, Mao Zedong, buy delicious snacks like bingtanghulu (candied apples), and even climb a few man-made hills at Jingshan Park behind the city for a spectacular view of Beijing’s CBD and the thatch-top roofs of the Forbidden City. 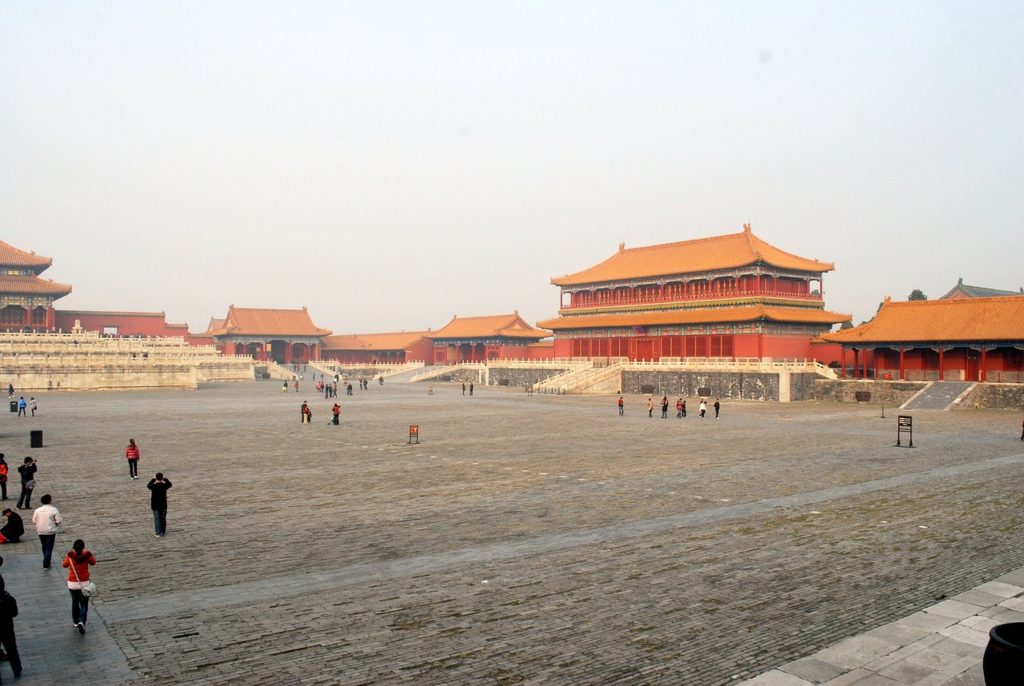 Found in Beijing and Shanghai, the hutongs are gorgeous alleyways connecting the traditional homes of many Chinese families. Their stone walls and cool rooftops are beautiful and functional, and if you’re lucky, you’ll get to sneak a peak of two old men playing chess or a child making silly faces at you through a window.

These areas are also becoming more and more hip by the second, so don’t be surprised if you pass a chicken then a brewery then a tiny Korean taco joint followed by a young businessman on his cellphone. It’s all happening here and we love it. It is definitely a must-see for everyone teaching English in China. 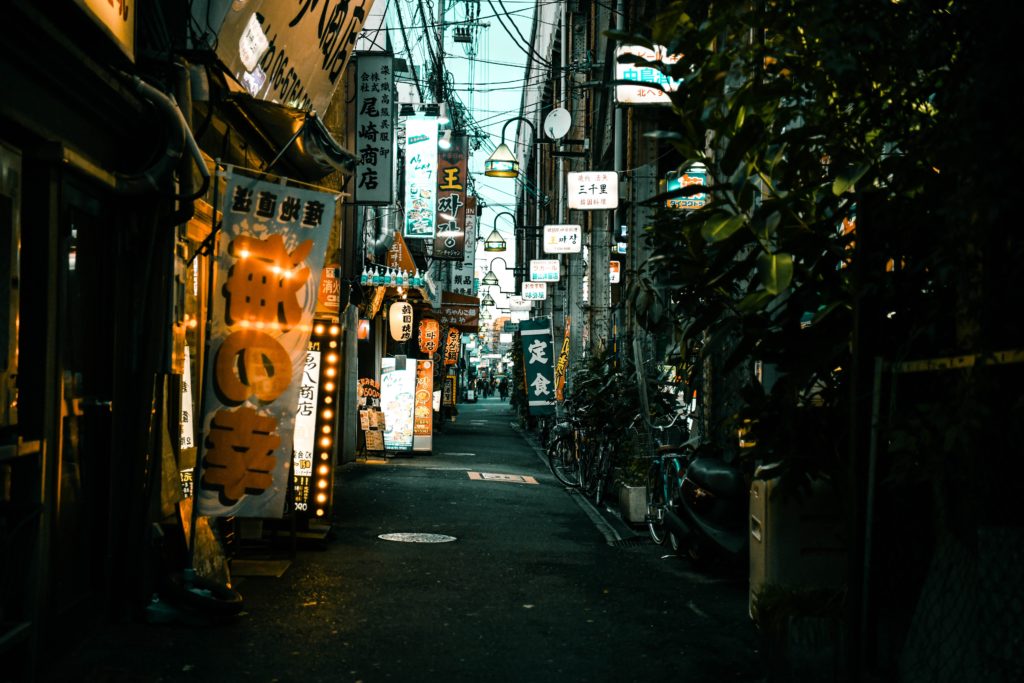 Shanghai’s claim to fame is undoubtedly the strange combination of architectural styles popping up alongside the Huangpu River. On the one side, traditional European style and upscale shops nod its head towards its 19th-century imperialist British past. And then, a hop, skip, and a jump away lies the ultra-modern architecture making headway into the 21st century. The juxtaposition is just awesome and has to be seen with your own eyes. Take some xiaolongbao (soup dumplings) dai zou (to go) and sit along the river to give your eyes (and your tummy) a feast. 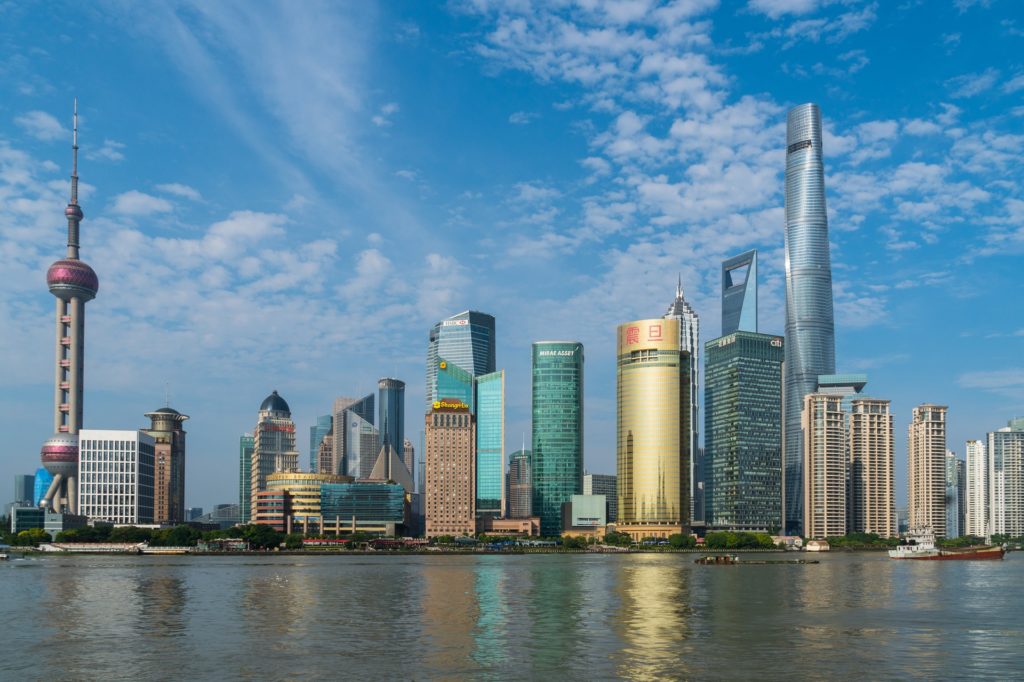 Take relaxation to a new level by visiting Hangzhou’s West Lake during your time teaching English in China. This gorgeous spot, dotted with big trees, lily pads, and Chinese locals of all ages enjoying calm pleasantries, is the perfect respite to walk about town. Though only a few hours by train from Shanghai, Hangzhou’s laid-back vibes feel like a world of difference. 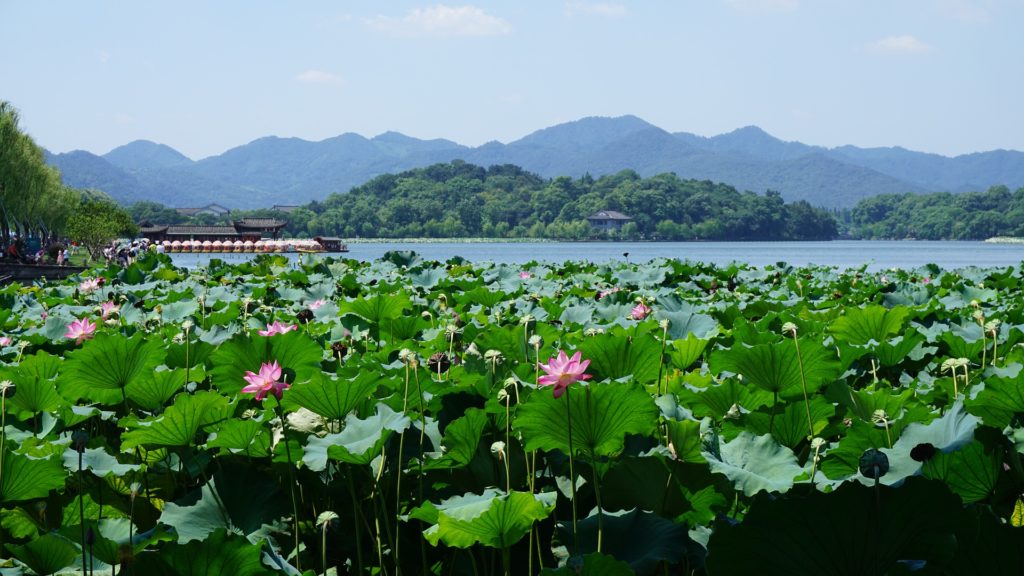 DISNEYLAND!! Who knew that Mickey can also speak Cantonese? If theme parks and amusement rides aren’t really your style, you’ll love hiking the tropical mountains to uncover hidden Buddhist statues or taking your credit card to some of the best shopping streets in all of Asia. Wash it all down with a tall glass of iced milk tea with boba, then catch a rugby match on TV at one of the many up and coming pubs. You won’t forget Hong Kong’s unique blend of east and west any time soon (and why would you want to? It’s awesome). For our TEFL teaching friends who love to “get away from it all” and lose themselves in nature, this two night, three-day hike in Yunnan province will be an experience to remember. Take a bus up early in the morning after a low key night in Kunming. Start walking and prepare yourself for a tough climb—the 27 bends have no mercy—but your work will be rewarded with one of the most stunning views you can find in all of China.

We recommend doing this trek self-contained and staying at guest houses along the way. You got this! 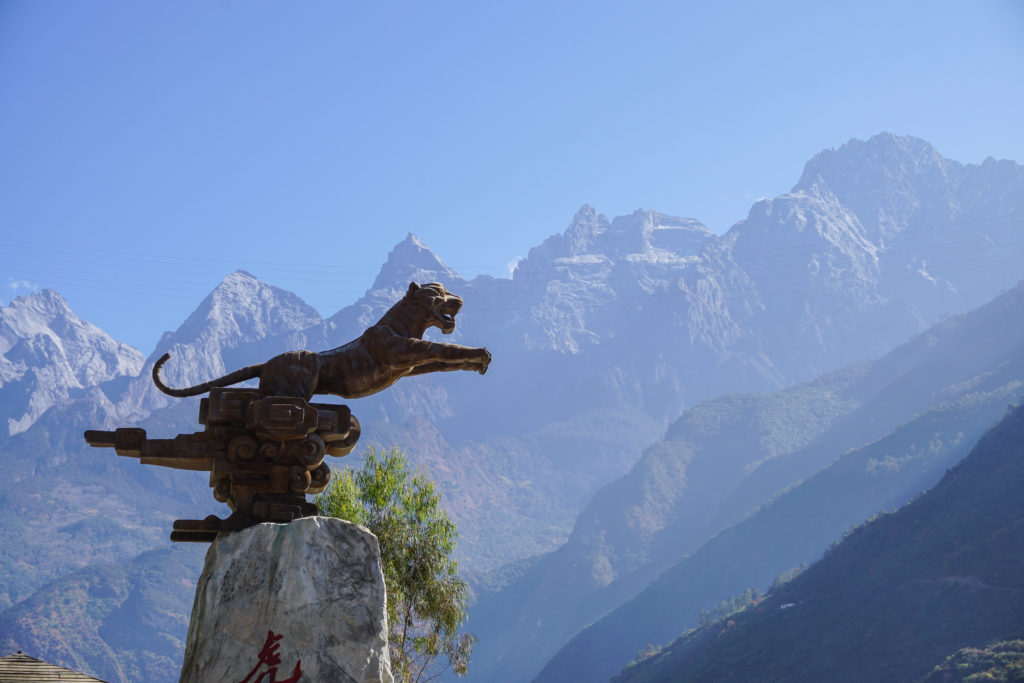 Though Shangri-la is supposedly a mythic place, there’s one city in China that thinks it knows its exact coordinates. Xiang-ge-li-la is a fun stop to get a taste of life in Tibet, whose border is roughly 30 miles away. With new architecture to admire and types of tea to try (yak butter tea FTW), you will enjoy this quick peek into a part of China that is not easily admired by foreigners. Get lost in the green pastures while taking in the mountain vistas, visit a monastery and muse the monks, try momos (yak dumplings). It’s like international travel, but better—you don’t need a new visa! 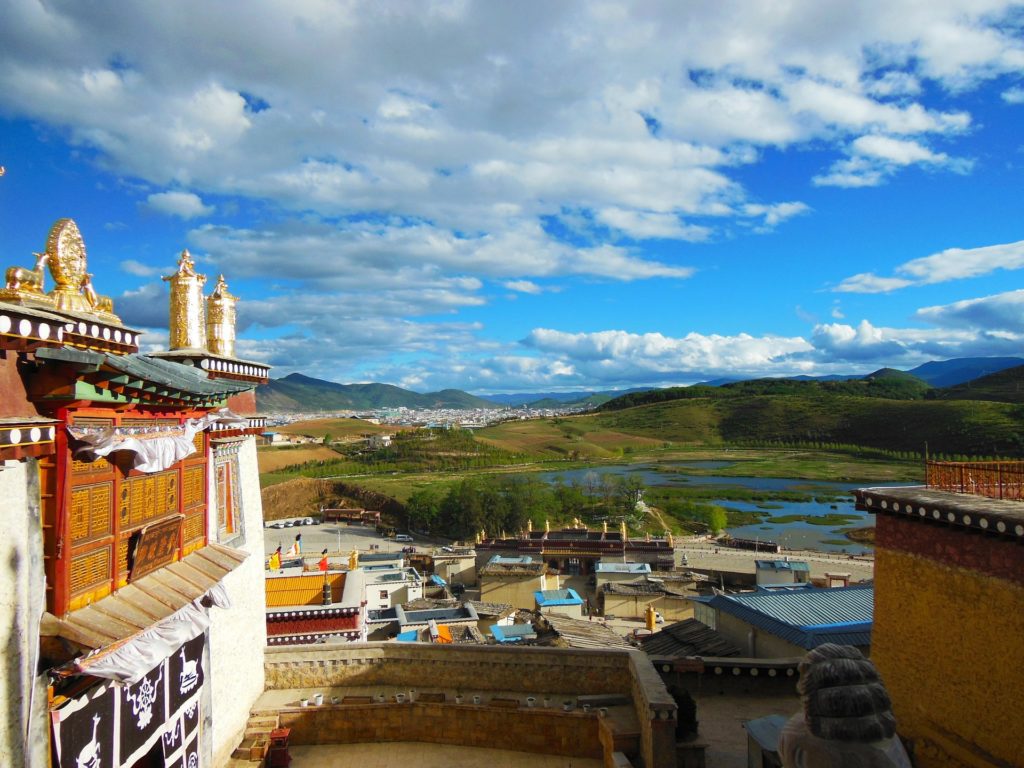 Smack dab between Beijing and Shanghai is the city of Xi’an, famous as a home to the Terracotta Warriors Army Memorial. According to Wikipedia, “The Terracotta Army is a collection of terracotta sculptures depicting the armies of Qin Shi Huang, the first Emperor of China. It is a form of funerary art buried with the emperor in 210–209 BCE and whose purpose was to protect the emperor in his afterlife.” These statues are life-size and each is unique from the others—much like real-life individual soldiers. Some of these soldiers’ weapons were even found to have real poison on them!

After walking around the memorial and taking it all in, round off the day with a big bowl of noodles and bike ride around the wall of Xi’an. Taste-test Hui, Chinese Muslim, food while you’re here, too! 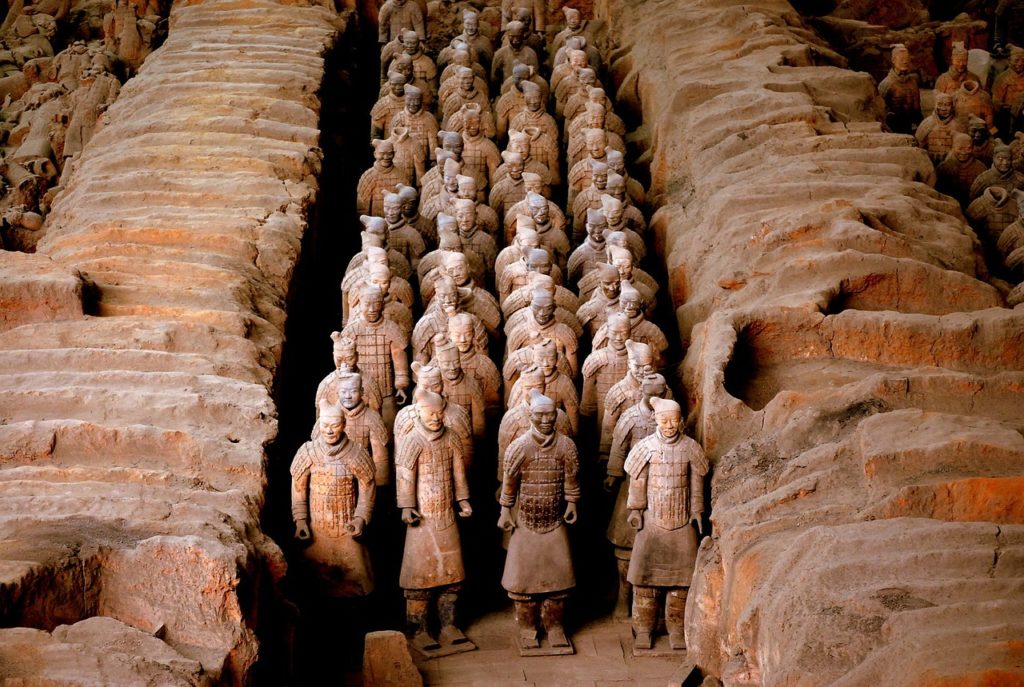 Have a blast in China!

Make memories in the classroom, but don’t forget to check things off your China bucket list too. This experience is once in a lifetime, and with this advice, your travels as a teacher in China will be as feichanghao (awesome) as possible. Get to it!