10 Weirdest Foods to Eat Before You Die

Home » Editors' Picks » 10 Weirdest Foods to Eat Before You Die

Teaching abroad: one part meaningful engagement with the world, one part work, two parts adventure. And where better to lean into your adventure than your dinner plate?! Take the globe for a spin and tantalize your tastebuds with this weirdest foods to eat bucket list for the traveling English teacher.

There’s more to Vietnamese cuisine than the tried-and-true delights like pho, bun cha (pork rice noodles), and banh xeo (pancakes)—and we wouldn’t be surprised if you found some of these cultural delicacies a little (or very) weird.

It’s made our weirdest foods to eat list but nevertheless, rat is delicious. 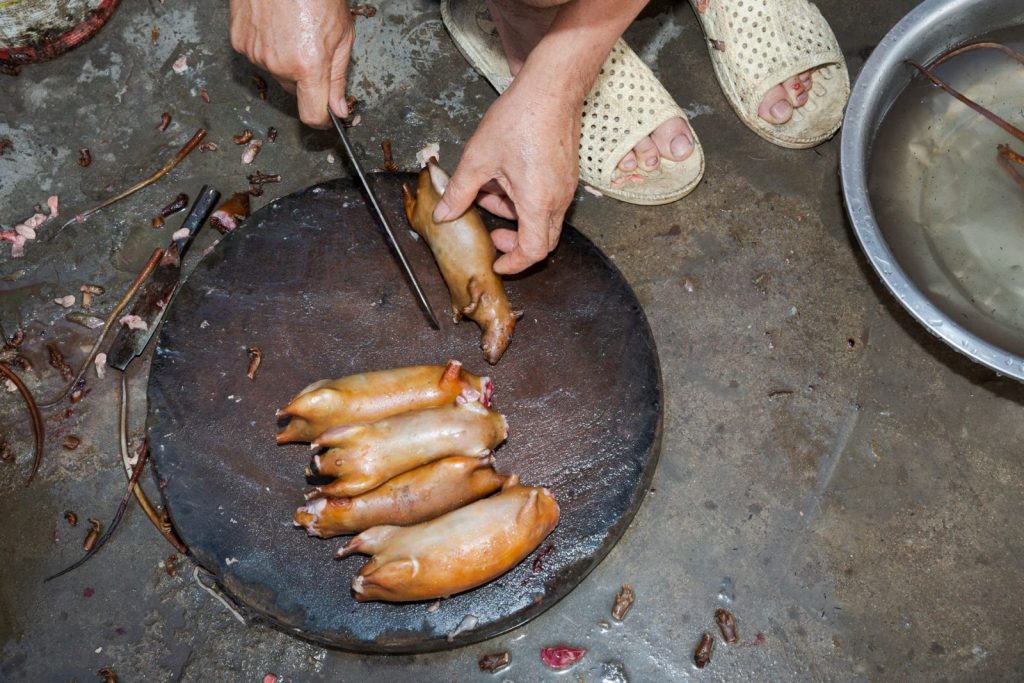 Rats are eaten regularly in Cambodia, Laos, Myanmar, parts of the Philippines and Indonesia, Thailand, Ghana, China and Vietnam, primarily in the Mekong Delta region. However, not just any rat can be eaten. The Vietnamese enjoy dining on the rat that survives on rice in the rice paddies.

To some, “Rodent meat is the most delicious and best meat they can imagine” (BBC). Are you game to give Templeton a taste?!

Grab your new TEFL friends and a couple bottles of Angkor Beer. Feeling peckish? Grab some crispy spiders to munch on!

The secret is to make sure these little protein bites are served extra-crispy. That is, unless, you enjoy a soft, warm chewy center made of intestines and other bodily fluids… 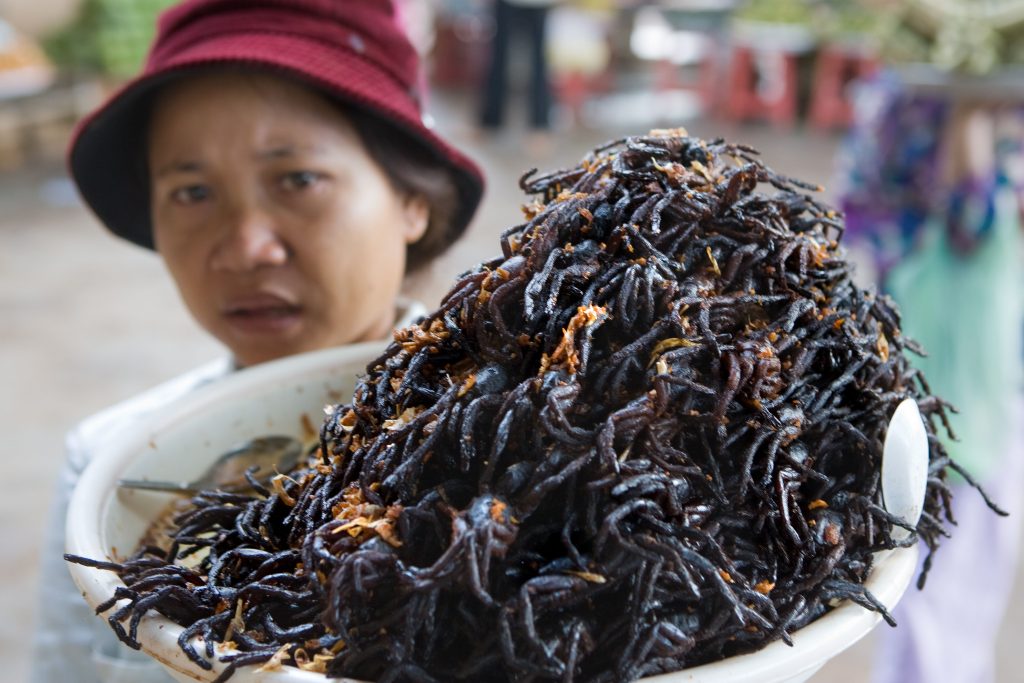 Most foreigners teaching in Cambodia freak out when they first lay eyes on the giant bowls of our eight-eyed friends, but you’re up for trying it, right?! The spiders have a crunchy toughness and a mild flavor; while there isn’t a lot of meat on a spider’s breast, there are plenty of legs to go around. Just be sure they don’t get stuck in your teeth.

We eat fish eggs (roe), so why not fish semen? If you’ve ever wondered what cod testicles taste like; sorry—what cod SPERM sacs taste like, a world-TEFL tour is as good a chance as any to dine on this Japanese delicacy.

“Shirako” translates directly as “white children,” and is commonly served as tempura or atop an egg custard (chawanmushi).

As weird as it sounds, fish milt is actually fairly common around the world, from Sicily to Romania to Russia and back east in Korea and Indonesia. The taste and texture are apparently quite pleasant (report back to us?). 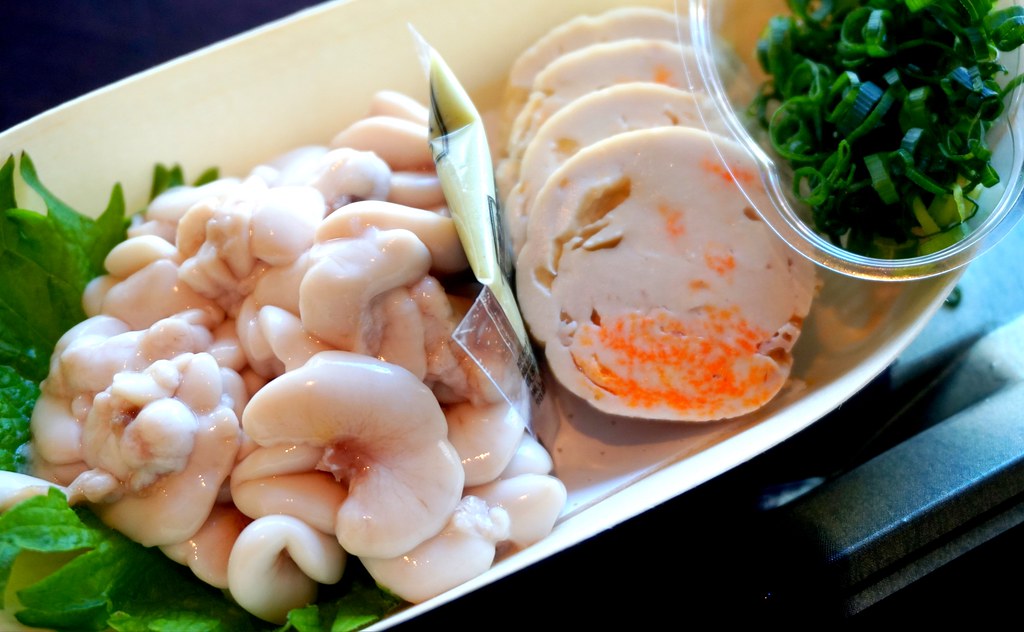 Eating moose meat isn’t all that weird, especially when you consider the populations in the northern-most parts of North America, where access to a variety of meats is actually quite limited. Ground moose meat, steaks, and sausages are all commonplace—you can even find it as a pizza topping! One moose dish, however, remains a delicacy: jellied moose nose.

From Atlas Obscura: “A moose’s nose contains both white meat (from the bulb of the nose) and dark meat (from around the bones). The fur must be removed prior to cooking…chefs then slice the nose and simmer it with onions, garlic, and an array of other spices… Meat from other parts of the moose’s head, such as the ears and lips, may be added to the mix.

Once the concoction has cooled down, the cook lays the pieces of meat in a loaf pan, douses them with broth, and places the mixture in the refrigerator so the broth can solidify. The resulting jelly is served like a loaf of bread and eaten in slices.”

It’s time to have some real fun(gus!). Huitlacoche, pronounced weet-la-COH-cheh, is a gray, stone-shaped fungus that grows on ears of corn and turns into a gunky, tar-like mush when cooked. The Aztec named this dark growth translates (rather bluntly and literally) to “ravens excrement.” Although the name provided is not overly appetizing, the Aztecs fashioned the fungus into crepes, tamales, and more. 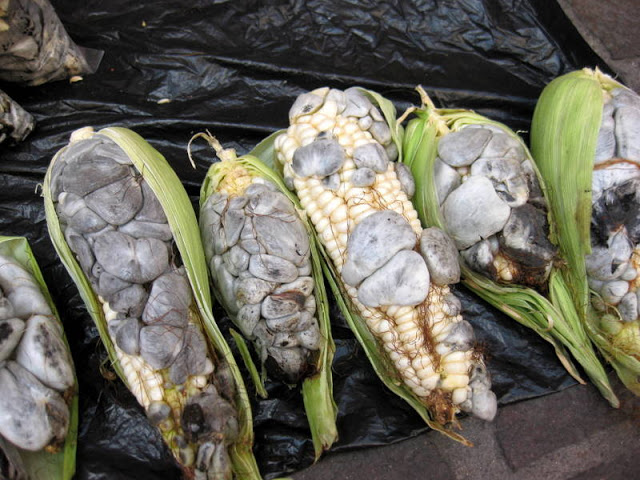 The fungus is harvested from mid-August through October, the rainy season, and is sometimes referred to by farmers as “el oro negro,” or black gold.

It might not make your mouth water at first, but the tangy, earthy flavors will be quick to become a mainstay in your quesadilla and sopa (soup) orders.

Horses are the most important animal to the Mongols—and not only because they serve as riding animals. They also provide the most famous Mongolian beverage: fermented mare’s milk.

A vat of milk is hung above the entrance to the yurt, and a wooden masher (buluur) is used to stir the filtered-milk for one to two days. Everyone contributes; traditionally, anyone entering or leaving the yurt would give the vat of milk a few powerful strokes. This process allows it to ferment, destroying the lactose in the milk. 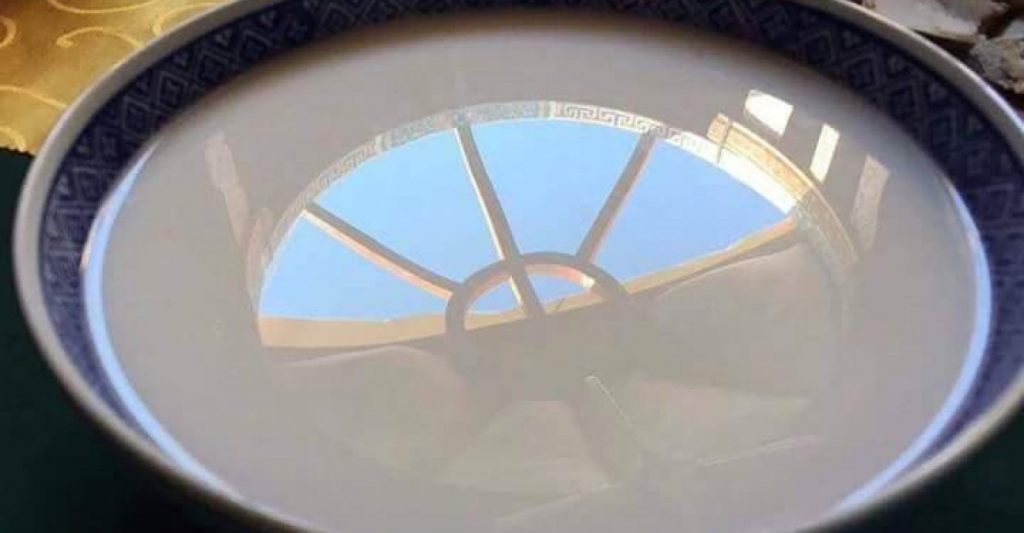 The taste is slightly sour, but is mostly refreshing and sparkling. It is a rich source of vitamins and minerals to the nomads… and to TEFL teachers needing a boost for their next class.

You smell it before you can see it. The strong, off-putting scent makes its way into just about every street corner, alleyway, and subway tunnel it can reach. There’s a good reason why this dish is a street food—try cooking it at home and your neighbors will promptly ask you to move out.

While this Chinese delicacy is one of the tamer weirdest foods to eat, it’s described as the “bleu cheese of tofu,” anyone with a penchant for strong flavors and adventure would be hard-pressed to find another dish as fun and interesting as this one! 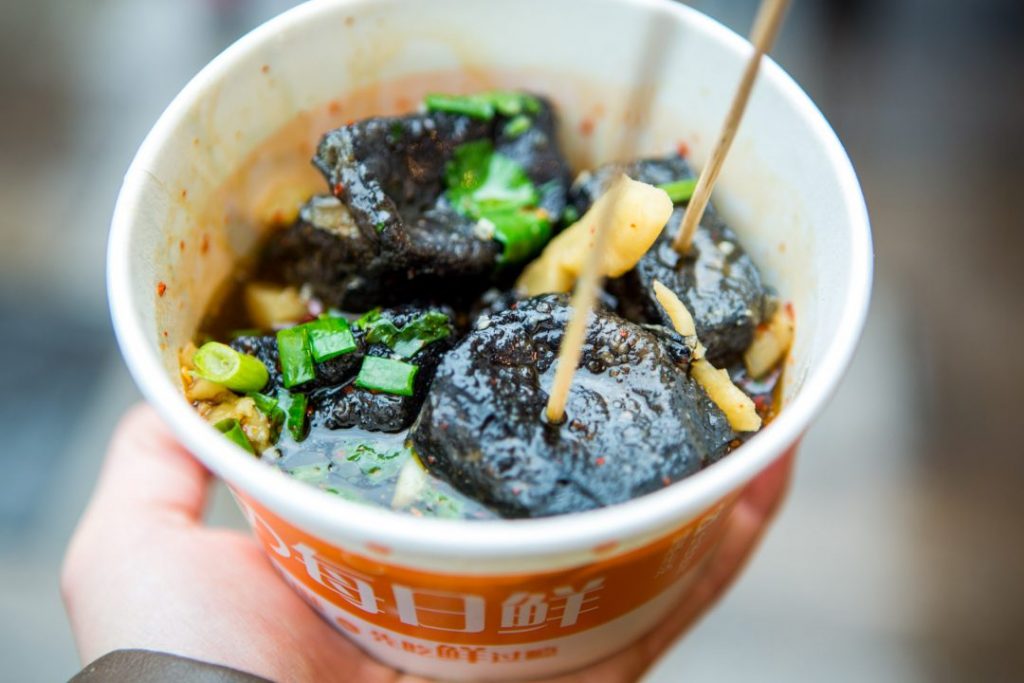 It is often served deep fried with pickled Chinese cabbage, vinegar, sesame oil, and of course topped off with a dollop of chili sauce and minced garlic! Love it or hate it, you have to respect the reek.

This dish is udderly-amazing! Ubre asada, “chargrilled udder,” is a classic Chilean dish that any TEFL teacher in Latin America *needs* to try. Young cow udders are the most preferable, and they must be cooked as fresh as possible. Once all of the milk has been removed, the udder is sliced into thin steaks and grilled over an open fire.

You’ll be lickin’ your lips over the spongy texture and subtle smoky flavor before you know it. 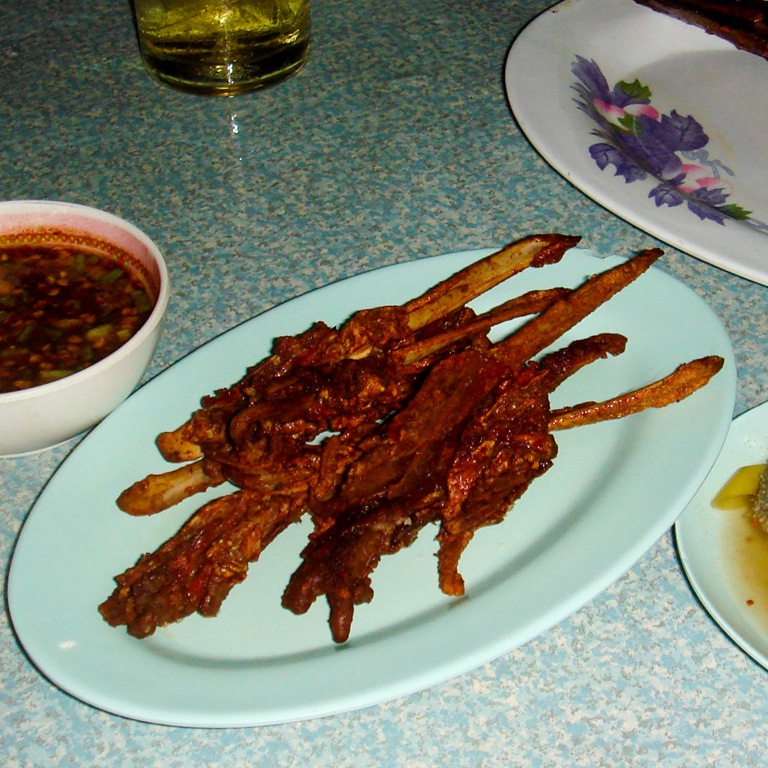 According to the Culture Trip, Pak Ped Tod “are first marinated with a salty soy sauce concoction then fried for a crunchy coating, and usually served with a spicy dipping sauce.” Once you dip a fried duck beak in a spicy Thai sauce, you might feel less guilty about taking some of the most beloved characters’ mouths into your own.

Truth be told, if you’re teaching English in Myanmar or traveling there while on a break from your teaching contract nearby, it’s quite likely you’ve already tried brains. It’s not uncommon for brains to sneak into curries and noodle soup (kyay oh) unless you’ve specifically requested that they not be included.

Are you brave enough to try these?

Teaching abroad will the adventure of a lifetime—especially if you’re game to try some of the strangest delicacies the world has to offer. Bon appetit! 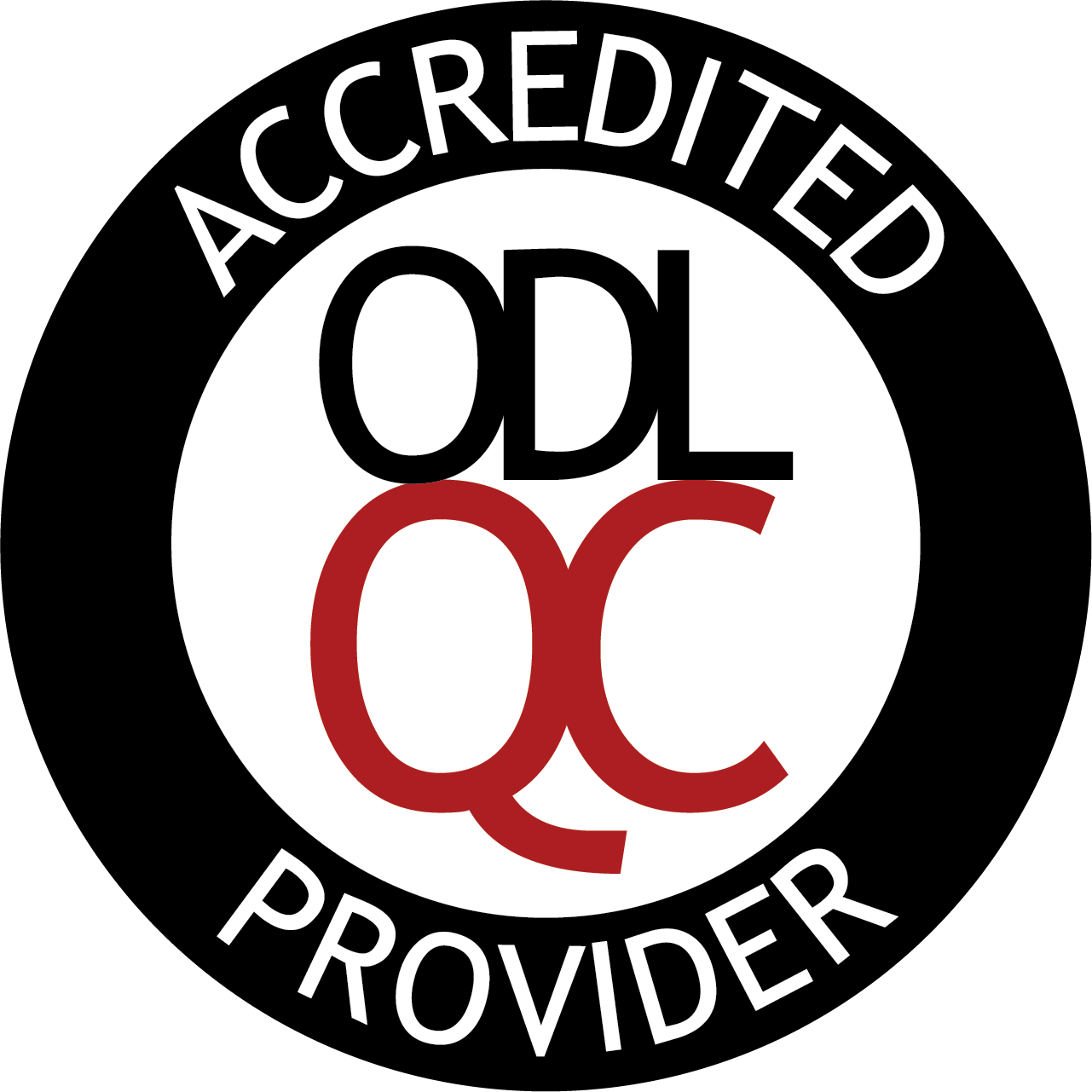